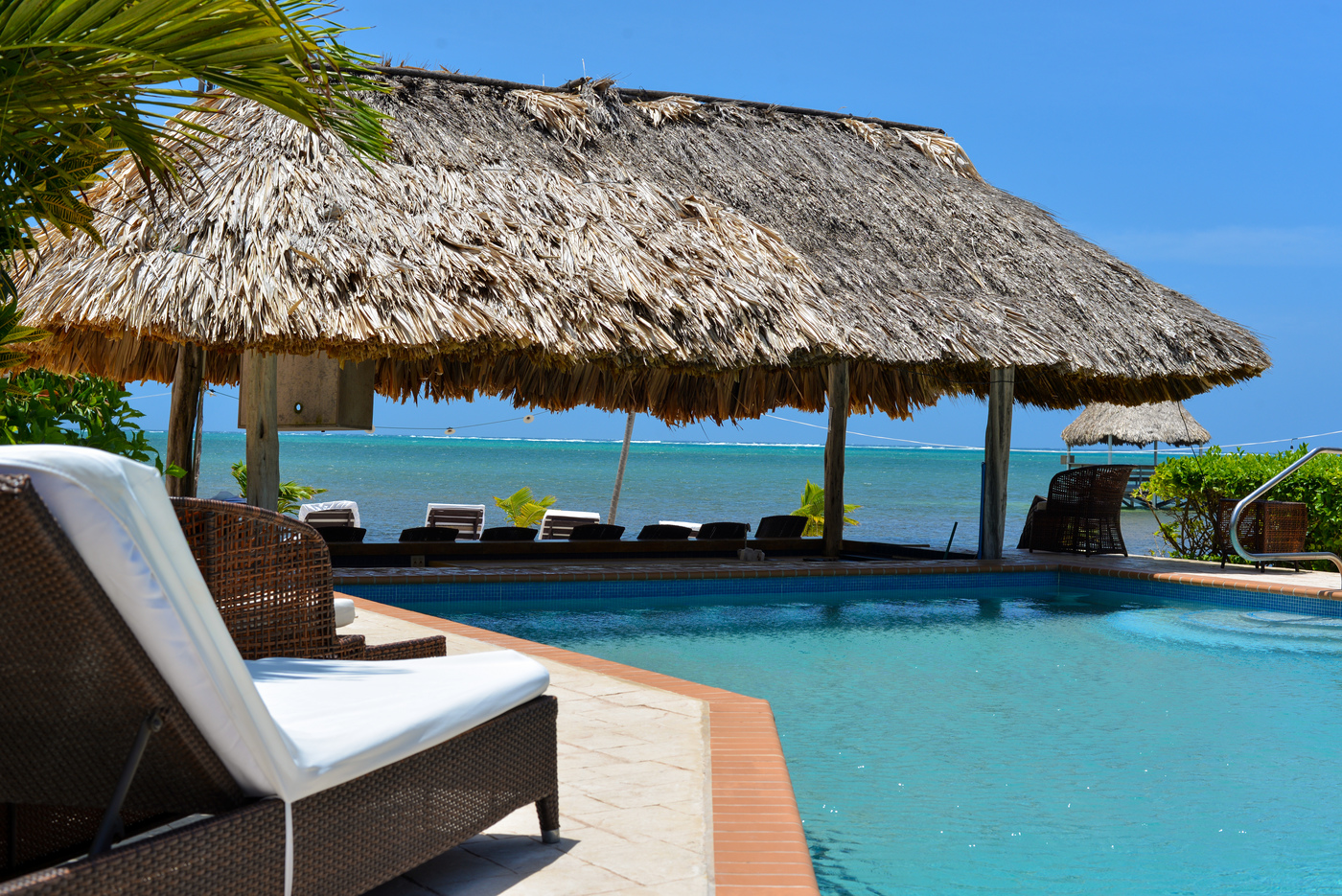 Belize is located in northern Central America, directly south of Mexico and east of Guatemala. Though the country is only a modest 22,800 km², its long Caribbean coastline is dotted with one of the world's most beautiful, and largest, stretches of barrier reef - the Great Mesoamerican Reef.

The crystal clear turquoise waters are so stunning; its coast is considered one of the most treasured in all of the Caribbean, and the many smaller islands and cays that dot the waters just offshore only add to the scenic momentum. The diverse and abundant marine life in the area is considered a key global biological corridor, and as such is protected to maintain the strong ecosystem and pristine beauty for which Belize is known and cherished.

The 40km long island of Ambergris Caye is one lengthy stretch of heavenly white beaches where much of Belize's upscale hotels, villas, restaurants and amenities reside. Head deep into the mainland and you'll find rich nature reserves abound within the country's bountiful rainforest region, along with a healthy dose of mountain vistas, winding rivers, magical waterfalls and historical remnants of the area's Mayan past.

At the centre of the Lighthouse Reef ridge lies the famed Blue Hole of Belize, one of the world's most renowned diving sites. It is almost a perfectly formed circular sinkhole in the middle of a giant shallow reef – the Half Moon Caye. The Blue hole is approximately 92 metres across and 120 metres deep, and the marine life and living coral reef that lines the edges of it make this a stunning, not-to-be-missed, underwater experience.

In addition to the stunning coastal waters, Belize is enveloped with a lush inland rainforest that is absolutely perfect for treetop zip-lining. Imagine floating from tree-to-tree over jungle lagoons and past exotic species of birds like the harpy eagle or colour toucan; maybe you'll even catch a glimpse of an elusive jaguar on the ground below. Zip-lining in Belize is more than an adrenaline-pumping experience; it's a spiritual awakening with nature.

It should be noted that September is a great time to visit and experience the spirited celebrations of the country's official Carnival - the Citizens Parade and tourist favourite 'Queen of the Bay' pageant, which features live musical events and fun talent shows.

The island of Ambergris Caye, just off the northern coast, offers the best in fine dining and nightlife options in all of Belize. Expect Mexican, Caribbean and French spins on classic grilled seafood and rice dishes. Fresh, juicy fruit is abundant here, so be prepared for a number of delectable desserts and mixed frothy drinks on offer. The nightlife in Belize is quieter (in the traditional sense) than other Central American countries; there are however a few notable bars and taverns on Ambergris Caye and along the northern coast of the mainland.

The islands and smaller islets along the northern coast is where most of the tourist activity occurs. The crystalline turquoise waters are inviting to dive into and explore with a mask and a pair of fins, however much fun can be had on the water's surface as well.

Skim along the waves with an afternoon spent windsurfing or sailing. Pack a small picnic and kayak from islet to cay, where you can then stretch out on a secluded sugary white beach that, in all likelihood, you'll have to yourself. Food lovers will be delighted to find how easy it is to come across beachside shacks serving up freshly grilled lobster and other varieties of local catches.

The adventure continues on dry land too. Inland Belize features some incredible Mayan archaeological sites sprinkled throughout the lush rainforest. Take a tour to discover what this ancient civilization left behind in Belize, such as towering stone temples which lead to incredible sky-high views and intricate hieroglyphs along the walls of excavated tombs.

The Great Mesoamerican Reef (most of which is located in Belize) is the world's second longest living aquatic ecosystem. What's truly impressive is that the country is highly protective of the more than 100 different kinds of coral life and over 500 species of fish and other marine life it has to offer. Divers from around the world flock here to venture deep into caves and explore the famed Blue Hole. Snorkelers wade through clear waters to witness the natural beauty of the reefs in the form of complex coral systems, colourful fish and interesting amphibian life.