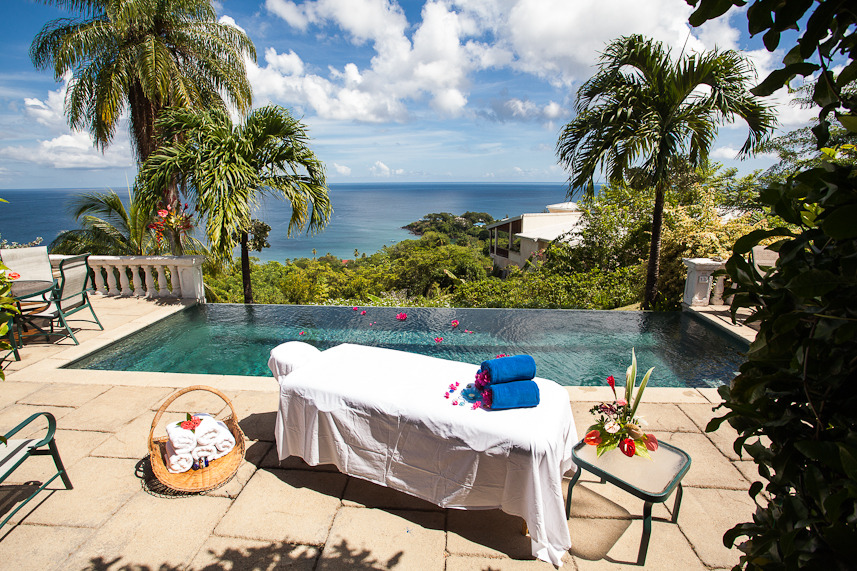 The charismatic island nation of Trinidad and Tobago is part of the Lesser Antilles chain and lies just of south of Grenada. Tobago is the smaller, lesser known island of the two Caribbean hotspots, and as such offers a certain charm that many travellers crave in a sun escape.

Tobago is a unique and utterly unforgettable place. Along with its rich history, vibrant culture and flourishing biodiversity that is any eco-traveller's dream, Tobago is also home to a diverse range of intimate oceanside inns and seaside village guest homes. Daily life here consists of a morning stroll to an open-air café before a day spent on a glorious beach and in the surrounding clear, sapphire waters, or off into the countryside for some eco-adventure fun including rainforest hikes, safari excursions and zip-lining through the trees.

These tours take riders off the beaten path through winding rivers, onto the scenic Caribbean coast and through the hallowed grounds of old cocoa plantations. Stop for a swim in a waterfall-fed fresh water pool in the heart of the rainforest.

Tobago makes for a great destination wedding for those looking for an intimate, unspoiled and dramatically exotic location. Large, upscale venues are few on Tobago, though many lovely beachfront restaurants and quaint boutique hotels will host charming private events for you and yours.

Fusion is the name of the culinary game in Tobago. There's a fascinating gastronomical trend afoot in Trinidad and Tobago, making the cuisine of these islands a must-try for serious foodies. Reflecting the diverse ethnic population of the islands, Tobago's cuisine is a unique and rare blend of African, Italian, Indian, Chinese, Middle Eastern and of course and Latin American influences. Many top restaurants in the capital of Scarborough feature wonderful takes on these fusion classics and offer up great live music with steel drum, soca and calypso bands to enjoy the remainder of your evening.

There are two wonderfully challenging courses in Tobago. The recently rebranded Magdalena Grand Hotel & Golf Club was christened in 2001 and regularly hosts the European Seniors Tour, makes for a fun day at the links. Originally constructed in 1968, Mount Irvine Hotel Golf Course offers challenging holes against a picturesque backdrop of coconut palms and the Caribbean Sea from just about every hole.

Head off Tobago's northeastern coast and head over to Little Tobago island for some of the most colourful and exotic creatures in all of the Caribbean including over 20 species of hummingbirds. Speyside is where the best scuba diving trails are set with kilometres of alluring underwater reefs.

Tobago is known for its wonderful Carnival festival in February. The entire island breaks out in celebration of being the originators to the musical and cultural styles of limbo, chutney, steel pan, calypso and soca.